A downloadable game for Windows, macOS, and Linux

Glory and honour await you in the Tactical Limit battle arena! Face your enemy and strike quickly, just as your opponents strive to crush you in fierce space combat!

Your mind is your greatest weapon: devise a strategy; plan your tactics and engage your adversaries!

Can you predict how your enemy will strike? Can you outwit your foes? Discover your true self in a battle for the ultimate supremacy.

The battle is played out on a grid with obstacles and is played with a succession of rounds. Each round consists of 3 phases. Unlike most turn based strategy games, players must perform their moves simultaneously.

At the beginning of each round players are given a short opportunity to observe the play arena and think about the strategy they wish to use.

After deciding on a strategy players have a limited time to enter up to 5 sequential commands they want their ship to follow including movement, attack and defence.

The player's ship follows the tactical commands from the previous phase in an effort to defend themselves and destroy opponents.

Shields: Raise shields to defend against laser attacks. Shields last 4 turns (including the turn the shields are raised). If you raise shields in the last turn of a round, they will still be up for the remaining turns in the next round.

Collisions: Any collision with an asteroid will destroy a player, regardless of shield state. Two players colliding will mutually destroy each other unless only one has their shields raised. In this case the player with their shields raised will survive.

Idle/Recharge: Remaining idle will allow your energy reserves to recharge. Shields will still consume energy, but the offset from the idle recharge will result in a lower rate of depletion.

In order to download this game you must purchase it at or above the minimum price of $2.49 USD. You will get access to the following files when they are released: 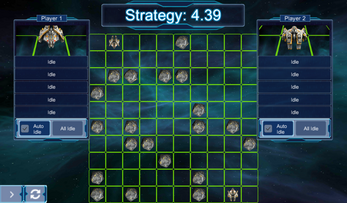 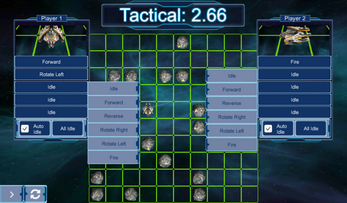 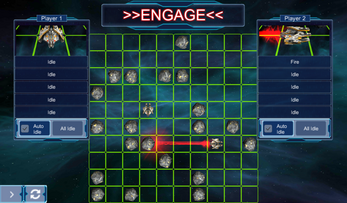 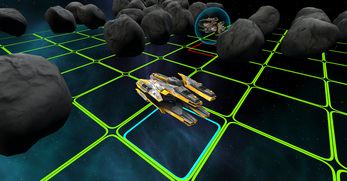 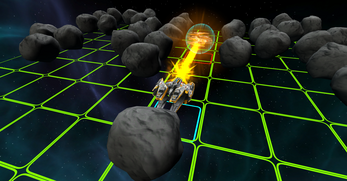 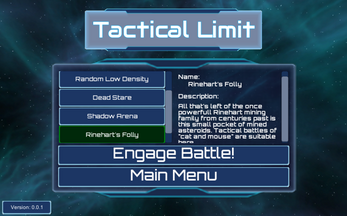 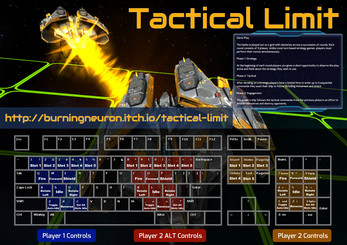 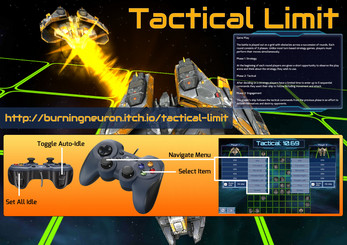